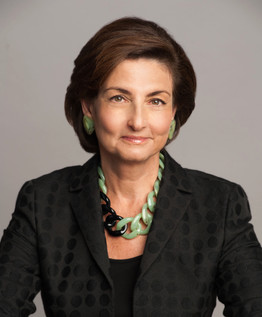 Dr. Linda P. Fried, Dean of the Mailman School of Public Health (since 2008) is a public health leader in the fields of epidemiology and geriatrics. She has dedicated her career to the science of healthy aging and defining how to transition to a world where greater longevity benefits people of all ages. An internationally renowned scientist, she has done seminal work in defining frailty as a clinical syndrome and illuminating both its causes and the potential for prevention as keys to optimizing health for older adults. Her scientific discoveries have transformed medical care and public health globally, and our understanding of how to build successful societies of longer lives. Under Fried's visionary leadership, the Mailman School continues to be a leader in transforming the health of populations and is one of the top five NIH-funded schools of public health. Fried led the School to build the nation's first program on climate and health and a multidisciplinary program that delivers economic evidence on the value of prevention. Fried opened the Robert N. Butler Columbia Center for Aging, the Lerner Center for Public Health Promotion, and elevated Columbia's leadership role in research, policy and programming to support healthy cities. She initiated the creation of Columbia/Mailman's innovative interdisciplinary public health MPH curriculum that emphasizes a life-course approach to prevention of disease and disability.

Before coming to Columbia in 2008, Fried founded the Johns Hopkins Center on Aging and Health, and directed the Division of Geriatric Medicine and Gerontology and the Program in the Epidemiology and Biostatistics of Aging and held joint appointments in the Johns Hopkins Schools of Medicine, Public Health, and Nursing. Fried is the recipient of numerous awards. Most recently, she was the recipient of the 2016 Inserm International Prize in Medical Research. She was named by the U.S. Congress as a "Living Legend in Medicine" (2004). In 2012, Fried was profiled by The New York Times as one of 15 world leaders in science. In 2014, Global publisher Thomson Reuters named her "one of the most influential scientific minds of the past decade." In 2015, she was named to the PBS Organization's "Next Avenue 2015 Influencers in Aging," a list of thought-leaders who are changing how we age and think about aging in America. Fried is an elected member of the U.S. National Academy of Medicine, and elected to its Executive Council, as well as the Association of American Physicians, the elected society of the U.S. leading physician scientists. Dean Fried was the 2016-17 President of the Association of American Physicians, the first Dean of a School of Public Health to be President of AAP since William Henry Welch in 1904. She is a member of the Council on Foreign Relations, Co-Chair of the World Economic Forum's Global Council on the Future of Human Enhancement and on the WEF Steering Committee for their Council on Human Centric Health. 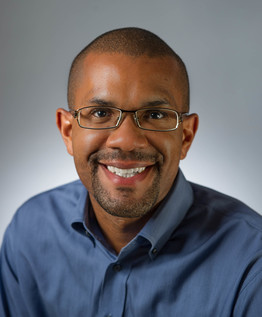 Patrick Wilson, PhD, is currently an Associate Professor, Director of the SPHERE (Society, Psychology, and Health Research) Lab at Columbia University and Co-Director of the IPHAN Project. Dr. Wilson earned his PhD in community psychology from New York University and completed an NIMH Postdoctoral Fellowship at Yale University. In addition to teaching at the Mailman School of Public Health, Dr. Wilson specializes in exploring the psychological, social, and cultural contexts that shape individual and community-level health outcomes. He conducts his work with the overall goal of improving the lives of those who are disproportionately affected by HIV and other health outcomes. 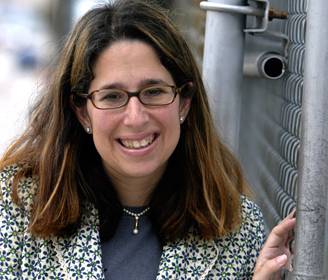 Dr. Metsch, PhD, Dean of the School of General Studies, joined the faculty at Columbia University in July 2012 after spending almost two decades as Professor of Epidemiology and Public Health at the University of Miami School of Medicine. Dr. Metsch’s research program focuses on addressing primary and secondary HIV prevention strategies with marginalized populations. She was one of the early researchers in the era of antiretroviral therapy to articulate the importance of creating prevention/primary care programs for people living with HIV. She was part of the multi-site team funded by the Centers for Disease Control and Prevention that developed and tested the first evidence-based linkage to care intervention (the ARTAS intervention) for individuals who were newly diagnosed with HIV. Dr. Metsch’s current work focuses on developing innovative strategies to increase the uptake of testing, linkage, retention, and re-engagement in care among vulnerable populations. Dr. Metsch has had a long track record of working with community based organizations and health departments on HIV prevention efforts. She is currently the Co-Director of the Mailman School’s Incarceration and Public Health Initiative and has recently been awarded a T-32 grant from the National Institute of Drug Abuse in partnership with Professor Nabila El-Bassel at the Columbia University School of Social Work that will train the next generation of social science scholars in the prevention, treatment, and care of HIV and drug abuse among individuals in the criminal justice system. Education: BA from Columbia University; MA from the University of Florida; PhD from the University of Florida.

Carly Hutchinson, PhD, MA, is a researcher focused on marginalized populations and lecturer at the Columbia University Mailman School of Public Health. Dr. Hutchinson has served on the IPHAN Leadership Team since 2015. A recipient of the IPHAN Curriculum Seed Grant, she has developed an innovative graduate-level class at Mailman focused on mass incarceration featuring guest speakers and panelists many with lived experience in the carceral system. “Mass Incarceration through a Public Health Lens: Past, Present, and Future” has been offered at Mailman since 2016. Dr. Hutchinson’s research spans the fields of anthropology, environmental studies, food studies, public health, education, and public policy, as she considers the roles of social movements, peer-to-peer learning and grassroots civic engagement as a primary means of creating social change. Her research has focused on marginalized populations in North America including the health concerns of New Yorkers living in Harlem, Muslims post 9/11, incarcerated populations, and rebuilding regional food systems. As Director of Communications and Community Relations at the Harlem Health Promotion Center since 2006 she continues to engage with Harlem stakeholders and the Irving Institute for Clinical and Translational Research to develop health literate, geographically focused information about relevant health issues through the online community health platform, GetHealthyHarlem.org. 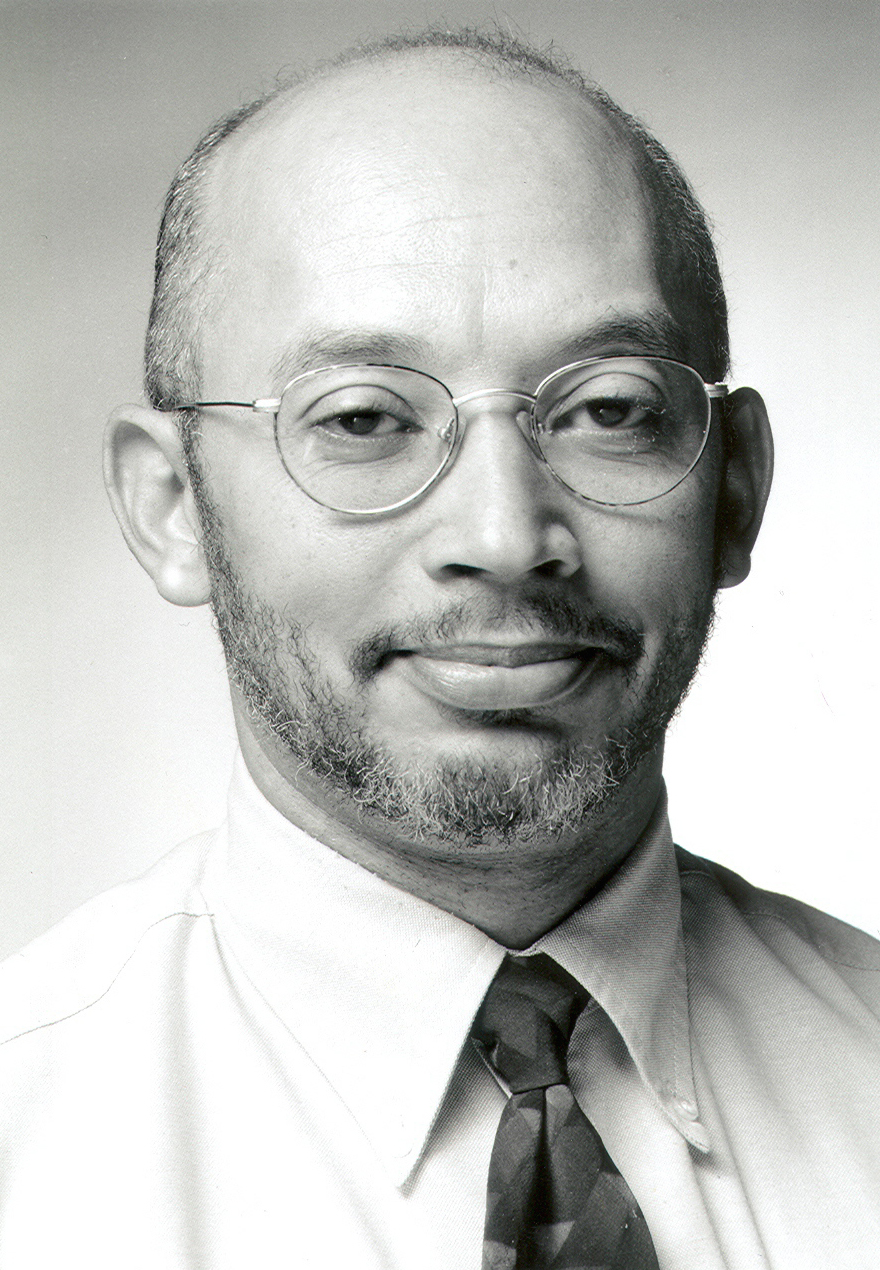 Dr. Cohall’s main areas of research interest include adolescent health; reproductive health; violence; access to healthcare, particularly for young men of color; and health communication/health promotion. He serves as the director of the Harlem Health Promotion Center which is dedicated to addressing health disparities among vulnerable populations. One of the centers key programs is Project Stay (Services to Assist Youth), which is funded by  New York State Department of Health to provide confidential health services to young people affected by or infected with HIV/AIDS. Additionally, he is the medical director for one of eight STD Prevention Training Centers funded by the Centers for Disease Control and Prevention to enhance the skills of primary care providers in managing patients with sexually-transmitted infections. He is also a consulting physician with the Young Men’s Clinic (YMC), an innovative program that provides primary care services to this underserved and often neglected population. Specifically with respect issues related to the intersection of public health and criminal justice, Dr. Cohall is keenly concerned with improving health outcomes for adolescents and young adults re-entering the community following incarceration, or who are involved in alternative to incarceration/diversion programs. Along with Dr. Bruce Armstrong, he has established strong ties with community-based organizations serving justice-involved youth and developed model initiatives linking them with primary care services which have been described in peer-reviewed publications. Further, Dr. Cohall is working with several governmental agencies – the NYC Department of Health and Mental Hygiene, the New York State Department of Health, the NYC Department of Probation, and the NYC Department of Education to identify opportunities for collaboration with community-partners in order to enhance outcomes for justice-involved youth. 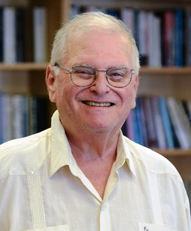 Ernest Drucker, PhD, is Professor Emeritus in the Department of Family and Social Medicine, Montefiore Medical Center/Albert Einstein College of Medicine; Adjunct Professor of Epidemiology at Columbia University's Mailman School of Public Health; Senior Research Associate and Scholar in Residence at John Jay College of Criminal Justice of The City University of NY, and on the teaching faculty of the Bard Prison Initiative. He is licensed as a Clinical Psychologist in NY State and conducts research in AIDS, drug policy, and prisons and is active in public health and human rights efforts in the US and abroad.

For 25 years (1980 - 2005) he was Director of the Division of Public Health and Policy Research at Montefiore/Einstein. He founded Montefiore's 1000 patient drug treatment program in 1970 and served as its Director until 1990. He has been an NIH funded principal investigator since 1991 and is author of over 100 peer reviewed scientific articles, newspaper and magazine pieces, edited collections and chapters, and textbooks. He was founding Associate Editor of The International Journal of Drug Policy; founder and Editor in Chief (with John Booth Davies) of Addiction Research and Theory (1993 - 2005); and is the founding Editor in Chief of the open access Harm Reduction Journal.

He is a founder (in 1994) and Honored Life Member of the International Harm Reduction Association; and a founder and Chairman of the Board of Doctors of the World / USA, 1993-1997, affiliated with Medicins du Monde, France. A Plague of Prisons: The Epidemiology of Mass Incarceration in America, his first book, was published by The New Press in September 2011.