See Coronavirus Updates for information on returning to campus, and more. 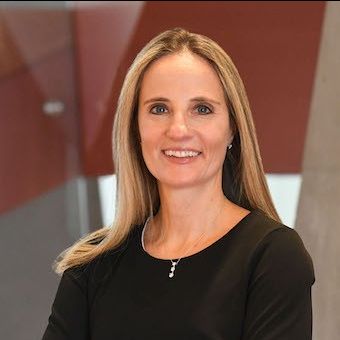 Dr. Melanie Bernitz  is the Senior Vice President for Columbia Health. She joined Columbia Health in 2016 and served as Associate Vice President and Medical Director through early 2021. Previously she served as the Executive Director of the Student Health Service at Columbia University Medical Center. Prior to that position, Dr. Bernitz was a resident, chief resident, and faculty member in Columbia’s Center for Family and Community Medicine. Growing up in the United Kingdom, she received both her bachelor’s degree in psychology and a degree in medicine at University College London. She then received her master’s degree in public health at Columbia University.

Dr. Bernitz's professional experience includes teaching and training of medical students and residents as well as inpatient and outpatient primary care. She is an associate professor of clinical medicine in the Center of Family and Community Medicine and remains committed to ensuring that college students have direct access to high-quality, timely medical care.

Dr. Bernitz has been involved in Columbia University’s COIVDI response through her participation in President Bollinger’s Advisory Task Force and the Public Health Working Group. Her team has led the University’s efforts around COVID surveillance testing, contact tracing, and vaccination. 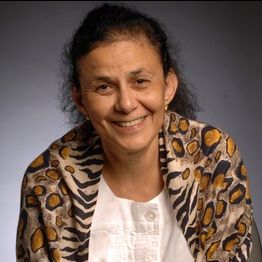 Dr. Wafaa El-Sadr is the founder and director of ICAP and an international expert in infectious diseases and public health with extensive experience in epidemiology and research on the prevention and management of HIV, tuberculosis, malaria, emerging infections, among others. She is also the director of Columbia World Projects and director of the Mailman School’s Global Health Initiative (GHI), which mobilizes the University community to address critical challenges in global health.
For over four decades, she has advocated for families and communities most impacted by health challenges and championed a collaborative, multidisciplinary approach to confronting the global epidemic. Based at Columbia University, she leads ICAP’s portfolio of projects in more than 30 countries and manages a global team of over 2,000 staff. Under her leadership, ICAP has become a global leader in addressing global health challenges and health systems strengthening.
Dr. El-Sadr began her career as the HIV epidemic took hold in the United States. As chief of the Division of Infectious Diseases at Harlem Hospital, she developed successful methods for responding to HIV/AIDS through groundbreaking research and innovative models of care in her own community. Dr. El-Sadr became a leader in the global fight against HIV by arming health care systems around the world with effective strategies for confronting the impact of various health challenges, and leveraging investment to strengthen health systems. She is the principal investigator for numerous ICAP-led research initiatives and a principle investigator of the NIH-funded HIV Prevention Trials Network (HPTN).
Dr. El-Sadr received her medical degree at Cairo University, a masters in public health (epidemiology) from Columbia University Mailman School of Public Health and masters in public administration from Harvard University Kennedy School of Government. She joined the faculty of Columbia’s College of Physicians and Surgeons in 1988 and became a professor of epidemiology and medicine at the Mailman School of Public Health, of which she is an alumna. In 2013, she was appointed University Professor, Columbia’s highest academic title. She also holds the Dr. Mathilde Krim-amfAR Chair in Global Health, and is the director of the Global Health Initiative at the Mailman School. She is a MacArthur fellow, a member of the National Academy of Medicine, the Council for Foreign Relations and the African Academy of Sciences. 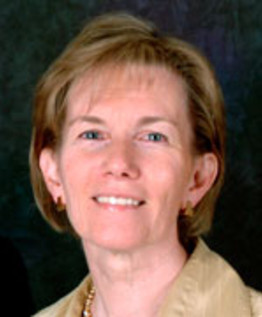 Dr. Donna Lynne is the Senior Vice President and Chief Operating Officer of Columbia University Irving Medical Center and the CEO of Columbia Doctors, an 2200 member faculty practice organization. Until early 2019, she was Colorado's 49th Lieutenant Governor and Chief Operating Officer. Prior to assuming her roles in Colorado state government, Dr. Lynne served as the executive vice president of Kaiser Foundation Health Plan Inc. and Kaiser Foundation Hospitals, and as group president responsible for its Colorado, Pacific Northwest and Hawaii regions, overseeing an $8 billion budget, 1.4 million members and 16,000 employees. She participated in numerous boards and commissions during her time at Kaiser Permanente, including the Denver Museum of Nature and Science, the Denver Public Schools Foundation Board and many others.

She was recognized as one of the top women business leaders in Denver and one of the top 25 Women in Healthcare in the nation. Dr. Lynne also spent 20 years working in various positions in New York City government including First Deputy Commissioner at the Office of Labor Relations, Director of the Mayor's Office of Operations, and Senior Vice President of the New York City Health and Hospitals Corp.

She holds a bachelor's degree in Economics and Political Science from University of New Hampshire, a Masters of Public Administration from George Washington University, and a Doctor of Public Health from Columbia University. In 2014, Dr. Lynne received an honorary doctorate of public service from the University of Denver, and in 2017 an honorary bachelor of science degree in nursing from Colorado Mountain College. Donna has been an adjunct instructor at MSPH since 2005.

Learn more about our awards here.

Recipients of the Allan Rosenfield Alumni Award for Excellence:

To submit a nomination for the Allan Rosenfield Alumni Award, or for questions, please email us.